The unicorn must be one of the most wellknown, and dare I say legendary lengendary beasts. Much has been written about these creatures, and about how the stories of them originated, so I shall refrain from doing so again. Instead I will tell a little story or two about the narwal - this strange small arctic whale who has supplied one of the key ingredients of the story of the unicorn - the horn. Actually the tooth - the fronttooth of the narwal. This is long - sometimes very long - twisted and made of very hard and dense ivory.

What the whales actually use them for is a matter of debate. Some say they are the whale equivalent of antlers. Some say they are used to root around in the bottom of the sea for the various prey animals of the narwals. And some say they are simply weapons - or perhaps a combination of all three. What ever their use, they have been highly valued an indeed prized through the ages. Even today, where the superstition have been stripped away, a good size narwaltusk is worth a fortune.

So what am I actually getting at - well, the Natural History Museum in Copenhagen opened a new exhibition a couple of months ago. There is no zoological or biological theme to this exhibition. It is simply those specimens and objects that the people of the various departments of the museum thought extraordinary - and this is where the narwal comes in again. You see one of the exhibits is a narwal - incidently the strange name narwal comes from old norse, and it means corpse whale, which is not as bad a name as one might think, as a narwal does have a colour not unlike a corpse that has been in the water for at bit too long - an exhibit of an animal with two mighty tusks. Had this animal been caught in medieval times, its tusks could probably have paid for a mediumsized kingdom with all the trimmings. 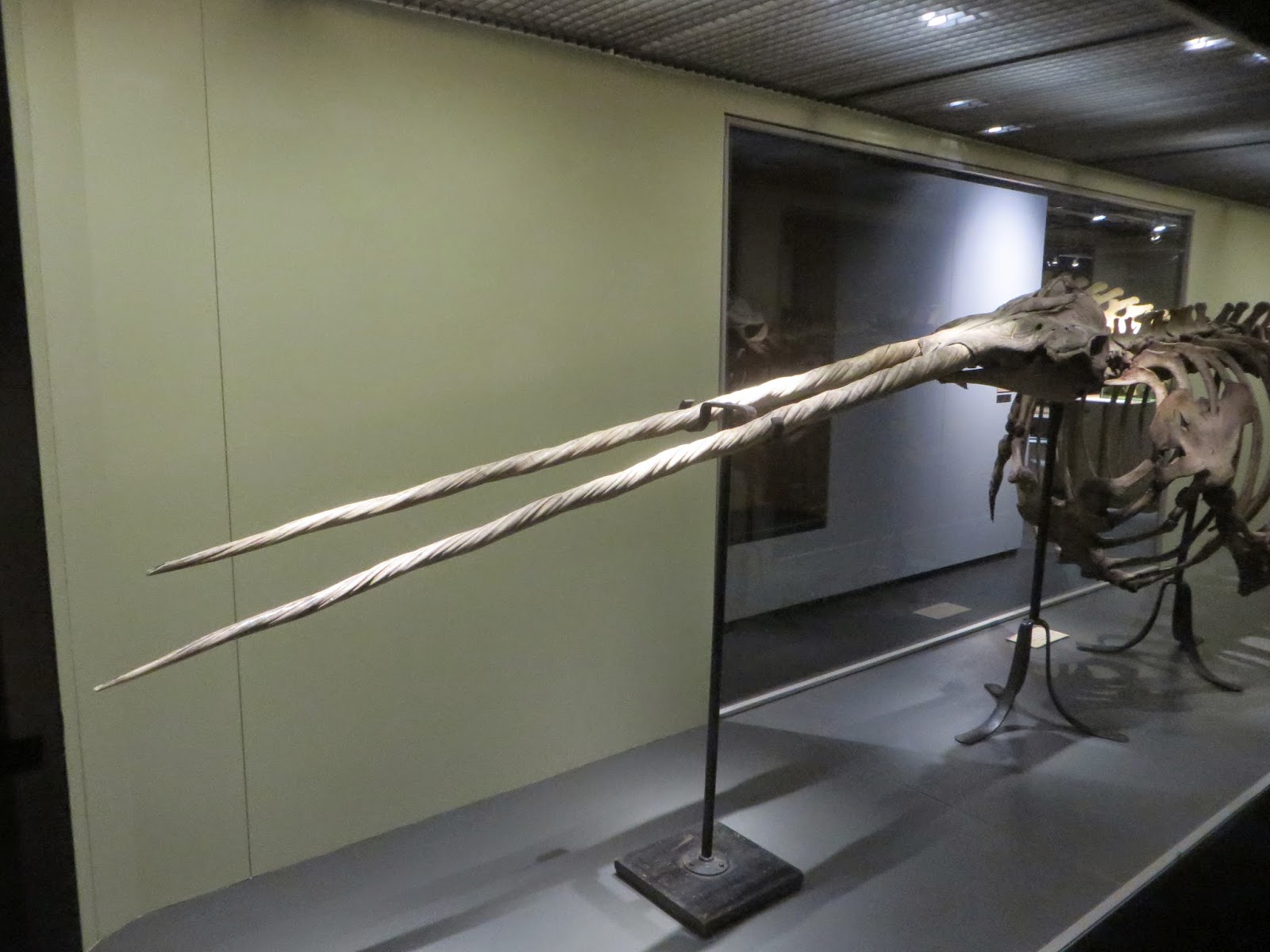 Impressive looking beast if you ask me. But closer examination of the other narwal exhibits revealed something even more impressive, as the following picture shows. It doesn't look like much, but it is in fact no less than two different narwal tusks with the tip of two other narwal tusks embedded in them! How on earth that has happened, I have no idea. It must be the cetological equivalent of Robin Hoods famous arrow splitting. 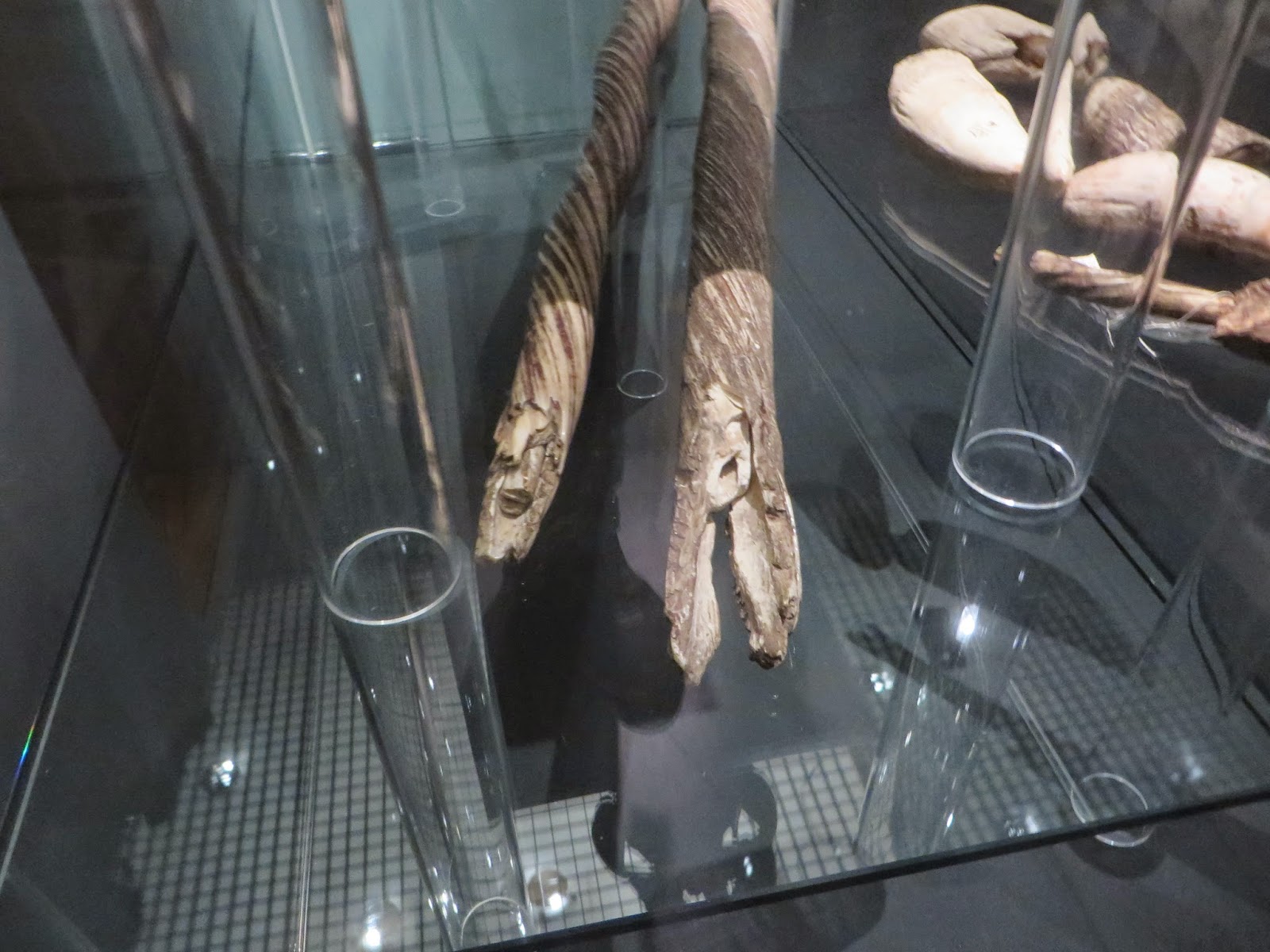