A nice bit of art

Cryptozoological art is not a subject I study on a daily basis, but recently a rather famous piece of crypto-art has come my way. I was contacted by a friend who works in Danish television who had been clearing out his office. These things happen every now and then - I even do something similar once every decade or so - and unusual things can be brought into the light on such occasion. And so it happened, that I was asked whether I would like to grace one of my walls with "a coulpe of sea-serpents". I didn't really know what to expect, but apparantly it was a picture that Danish television had bought many years ago, and now had written off completely - so it was either me or the skip. I agreed to give whatever it was a caring home, and sat back and awaited the next postal delivery.

A few days went by - and lo and behold - this arrived: 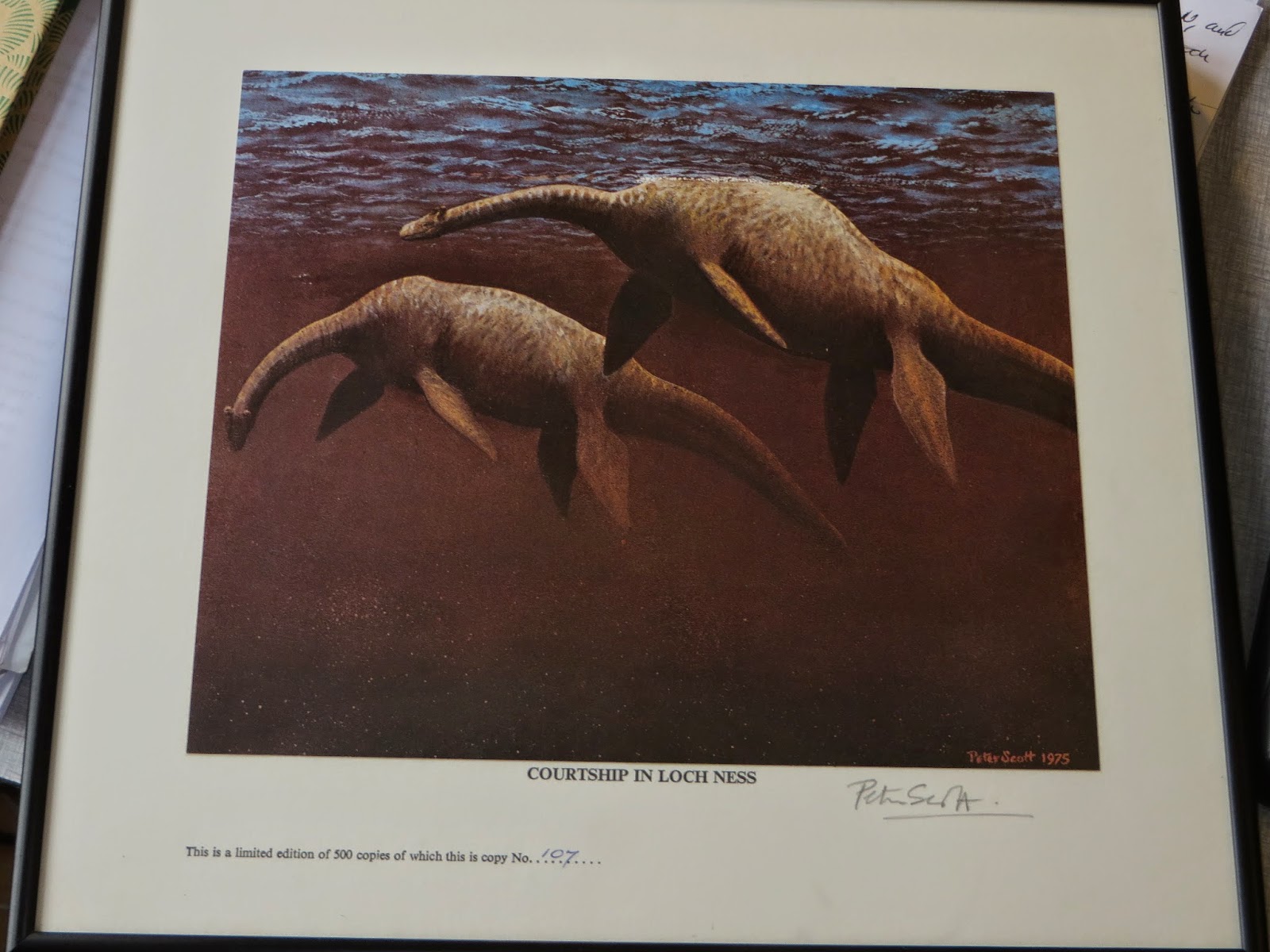 This is the rather famous courtship in Loch Ness, painted by sir Peter Scott, round about the time that he and some ofter researchers decided to give the Loch Ness monster a scientific name - Nessiteras rhombopteryx - which some clever clogs quickly pointed out was also an anagram for "Monster hoax by Sir Peter S." Never mind, it is a nice picture, and it now hangs on the wall in my living room. And in cause you should wonder, it is not the original, that sold as far as I know a couple of years ago at auction for a princely sum. But this is a numbered print, signed by the great man himself. I am quite pleased with that. Drop by some day, and I will show it to you.
Indsendt af Lars Thomas kl. 14.36