In the beginning of September I was contacted by a biologist from Skørping, a town in Northern Denmark, and she had a problem. She herself had been contacted by locals, who had found a number of rather strange flimsy balls of what at first looked like some sort of plant-fibres. All of them had been found in hay-bales when people had broken them apart to put in their stables and on, and now they were quite anxious to know what they were dealing with. There was in fact no lack of suggestions as to the actual nature of these weird balls: mouse nests, some sort of insect nests, algal balls, you name it. The only thing lacking was somebody suggesting they were of extraterrestrial origin. But none of the suggestions really fitted the bill, or indeed the ball. The balls were between 5 and 10 centimetres in length, too big for insects and too small for rodents of any kind, and besides that they had no defined internal hollow, as one would expect for any kind of nest, so what on earth??

After a little bit of mail correspondence the Skørping biologist agreed to send me one of the fibrous balls (no jokes or snide remarks please!), so that I could take a closer look. 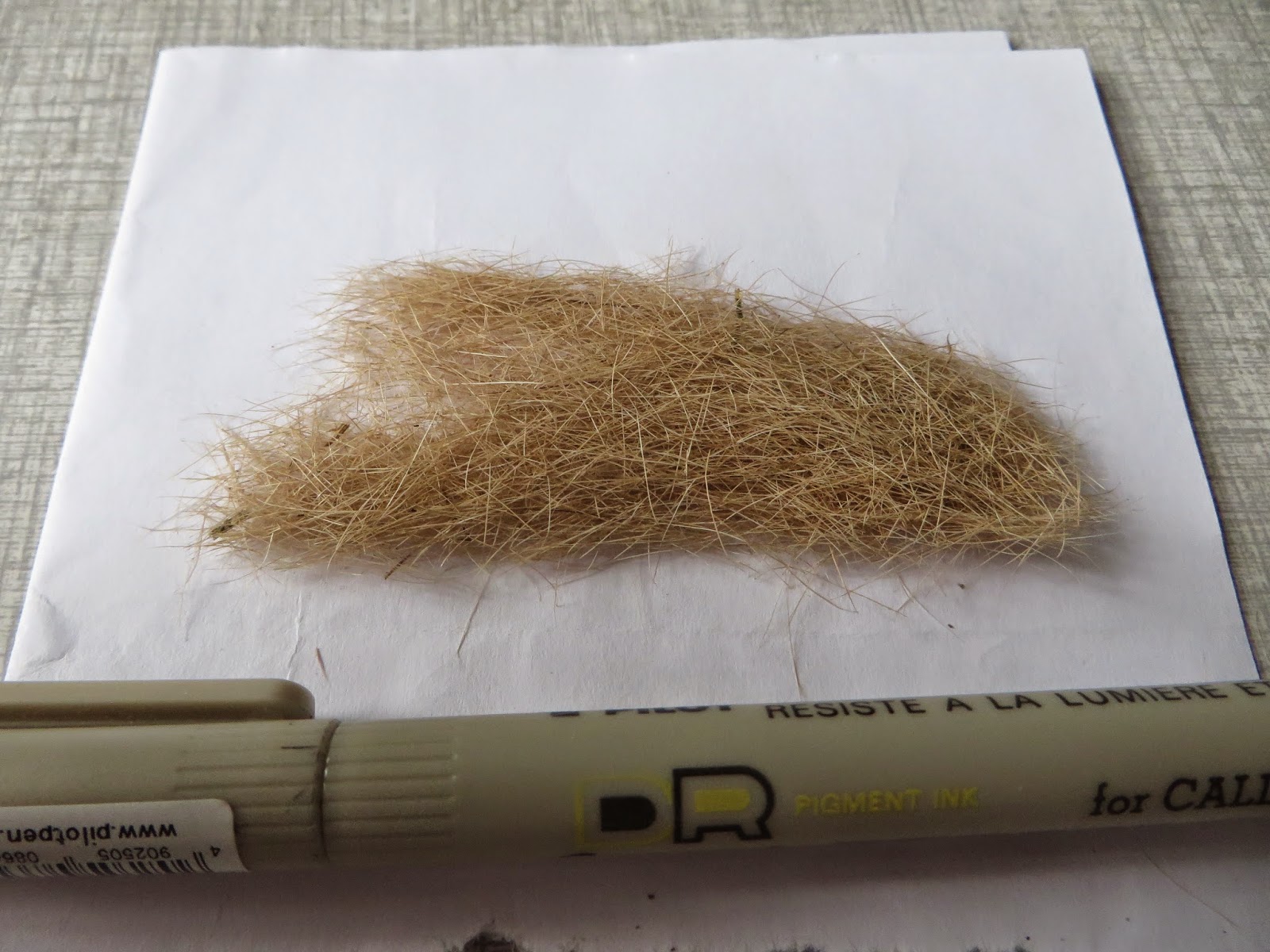 When I opened the envelope, I found a flattened and slightly elongated disc of light brown or cream-coloured fibres that looked very much like hair, and indeed so they turned out to be, when I put them under the microscope. The hairs were quite short, rather stiff, only about 2-2½ centimetres in length, but very uniform in size, colour and shape. It took a fair while to tease the hairs apart and sort them, but it turned out that the hairballs consisted of horsehairs and cowhairs in roughly equal proportions with a smaller amount of doghairs, probably Labrador, thrown in for good measure. All of which, when I talked to the good people of Skørping, turned out to be consistent with the kinds of animals that had been romping in the fields, where the hay to make the hay-bales had been grown.


The only question was how on earth they had been formed, as they were clearly not made by animals. My only suggestion is that they were formed by the hairs of various animals that had been shedding their coat, and instead of catching on barbed wire and fence posts as one so often sees, when one is out and about. The hairs had blown back and forth across the fields until they had formed these weird looking balls, and where they had caught in the grass growing in the field, they had ended up in the hay-bales. Apparently some of the other hairballs did in fact have plant material caught in the, which would indicate, that my explanation is at least on the right track. But I would still be very interested to hear from anybody with a better idea, or with previous experience of the same phenomenon.
Indsendt af Lars Thomas kl. 03.27