What is this feline I see before me?

There are times when I wonder what is going on in my tiny little country. Now is one of them – not only has the entire government lost their collective minds (if indeed they have ever had them) – but the nature has lost its as well, even the cryptozoological ones. First there was the wolves, then there was the golden jackal, and now it seems we have to consider the puma as well.

Not that alien big cats are a completely unknown entity in Denmark, far from it, but this new case seems to take the biscuit as it were (cat biscuit perhaps). In the last couple of weeks people in northern Germany, specifically in the area north of the town of Flensburg, have claimed several sightings of a big brownish cat with a small head, a long tail and rather short fat legs, in other words a puma. German police have been out looking for the thing on several occasions, but have as yet not found anything – one do get the impression though, that they are not taking the whole thing to seriously (yes, they do have a sense of humour!).

Nevertheless, seen from the Danish side of the border, it is fairly interesting, not the least because several of the eyewitnesses have seen the animal almost at the border, and in two cases actually coming from Denmark and moving towards Germany. 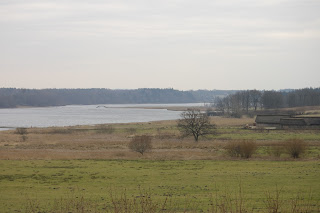 It is in areas like this in Northern Germany and Southern Denmark, the alleged puma is running around.

An escaped animal no doubt, but from where – and in actual fact, how many – because not long after this story broke in the newspapers, Danish eyewitnesses started coming out of the woodwork or wherever these people are hiding, and telling me about several sightings in the same area in 2014 (and in 2013, 2012, 2010 and 2008 if the stories in my files are anything to go by).

Unfortunately the scaremongers crawled forth as well from whatever rock they usually hide under (one of them sadly the director of one of the biggest zoological gardens in Denmark) and started screaming at the top of their lungs about what a dangerous animal a puma was (try telling that to the millions of people in North- and South America who live quite happily along side pumas, in many cases without ever knowing it). All we need now is some local hick politician wanting to arrange a hunt to protect women and children from the fearsome predator.

I for one would suggest a couple of deep breaths and a calming something. First of all, it can well be a puma, in that case no doubt an escapee from some idiot who has kept it as a pet in his garage, or from some small animal park somewhere, who is afraid to admit that they have lost one of their animals fearing damage responsibility and what have you.

But – it may not be anything at all. People are so easily led to believe things, to see things, to hear things, just because they have read a scary story in a newspaper somewhere. Some years ago I was called in  to have a look at a lion that had been lying out in a field for several days. Everybody in the area had worked themselves up to borderline hysteria, but hadn’t called in the police because they feared ridicule. In hindsight that was a good idea, because it turned out the lion was a very large brown paperbag. But everybody was so convinced it was a lion, that even people with binoculars saw nothing but a lion, when they looked at the thing. Myself, and a friend I brought with me, recognized the paperback at once because we were not as completely worked up as the local people.


As for this new puma, there are no pictures so far, apart from one taken with an old mobilephone from such a long distance it could be anything – and no domesticated animal has been killed, as far as anyone knows. All I need is a hair!!!
Indsendt af Lars Thomas kl. 13.51